4 Reasons Muay Thai Is So Good For Core Body Strength 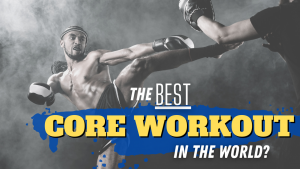 THESE TECHNIQUES WILL KNOCK YOUR MID-WORK EXCUSES OUT COLD!

It’s a little strange to consider, but a centuries-old fighting system might be the best core workout out there!

First, a little history lesson: Muay Thai is the national sport and a cultural martial art of Thailand. It originates several hundreds of years ago when used as a close-combat form that utilized the entire body as a weapon. Muay Thai employs stand-up striking, along with many other grappling techniques (called “clinching”).

Muay Thai’s discipline is referred to as the “Art of Eight Limbs” as it involves the use of elbows, fists, knees, and shins. Like many other forms of martial art, the practitioners, called nak muay, invest in themselves and their fighting success by strengthening their bodies to almost unthinkable heights.

The main goal in fighting Muay Thai is to beat down your opponent mostly through strikes. It’s ultimately good for both defensive and offensive fights. But, in the modern generation, martial arts is no longer pursued primarily to learn and master fighting skills. Instead, they’re used as a form of self-defense and even as a hobby.

Note that this isn’t for the weak. Training Muay Thai pushes practitioners to surpass their physical and mental limitations. On the other hand, it encourages good values, such as discipline, patience, endurance, and strength. Nak muay are also particularly strong in balance and stability as they’re required to produce and maintain a suitable form. If a fighter’s condition is terrible, it is disadvantageous and could prove to be fatal (to their win-loss record, anyway).

So, why is Muay Thai so good for core body strength? Here’s why: 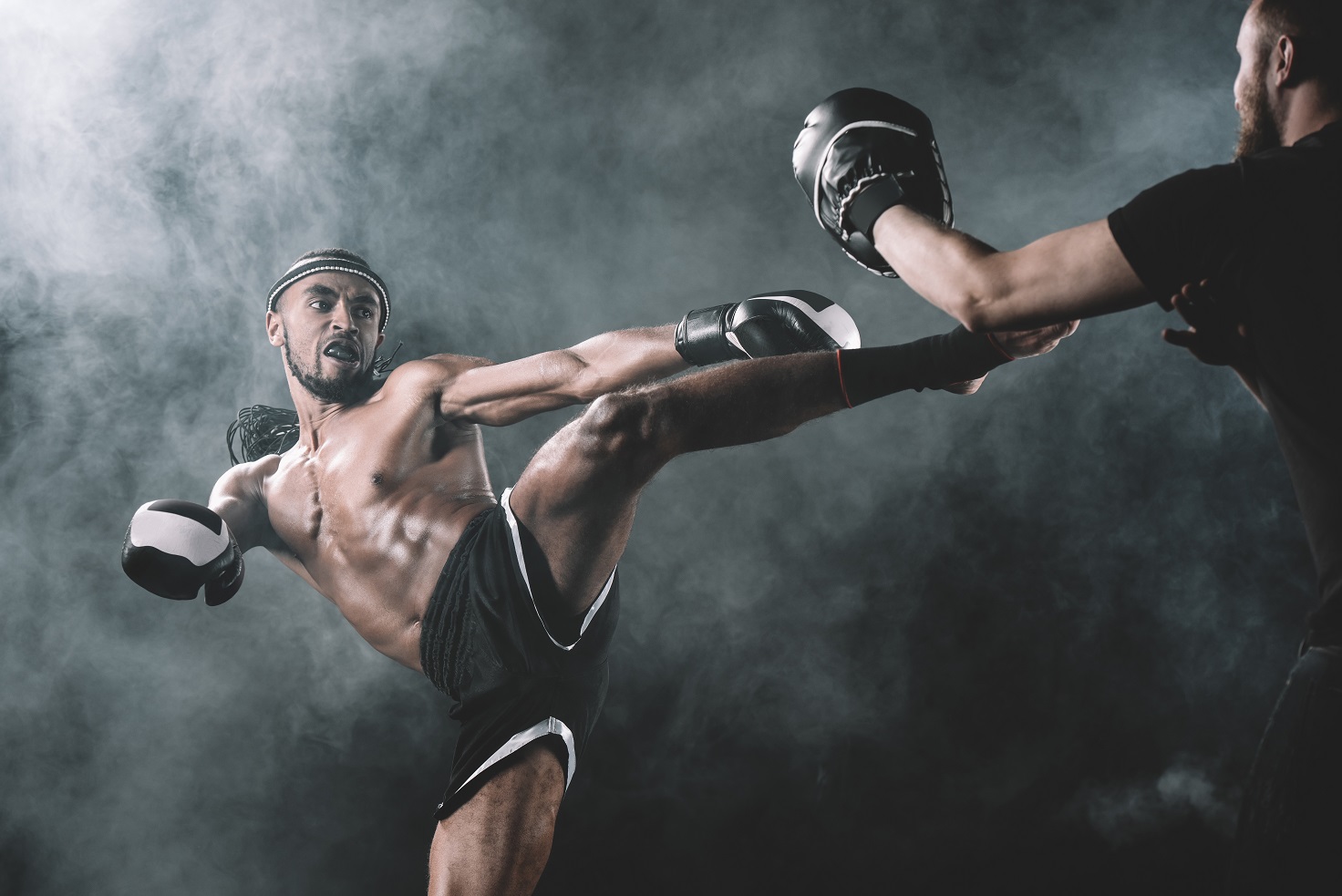 In Muay Thai, fighters who lack core body strength and conditioning are bound for failure. Most of the forms and techniques in Muay Thai are premised on the fighter having exceptional core strength. If a nak muay struggles with this, there’s a good chance of losing and being unable to defend himself.

Muay Thai specializes in offensive movements, so you’re expected to land strikes on your opponent while simultaneously protecting yourself. Because of this, it’s a must for fighters to strengthen the core since all forms are dependent on it. Muay Thai’s power is all about core strength.

Due to Muay Thai’s specialization in offense, coaches focus on strengthening the core of their fighters. If a fighter lacks it, core strength can be built through a specific training menu.

Muay Thai is no stranger to rigorous training. Its level of destruction reflects the amount of exercise a practitioner spends their time on. In most cases, core-strengthening activities used in Muay Thai include abs training, sit ups, and crunches.

Many variations of such exercises are also used, depending on the needs of the individual. Too much exercise could also lead to muscle problems, which may affect their health negatively.

INTENSITY is Built Into Muay Thai

Muay Thai is very intense. It involves buckets of sweat, adrenaline rushes galore, and the development of world-class stamina.

In short, Muay Thai is a full-body workout.

It revolves around a lot of physical activities, such as running, jumping rope, kickboxing, and shadowboxing. And, since it is a full-body workout, it develops significant muscle groups.

In their routines, Muay Thai fighters perform several sets that aren’t generally used in moderate exercises. This is due to the fighting style demanding core strength. Therefore, routines must be intense.

As they say, the only way for a body to forget pain is to inflict it.

Muay Thai Exercises are MADE for Your Core! 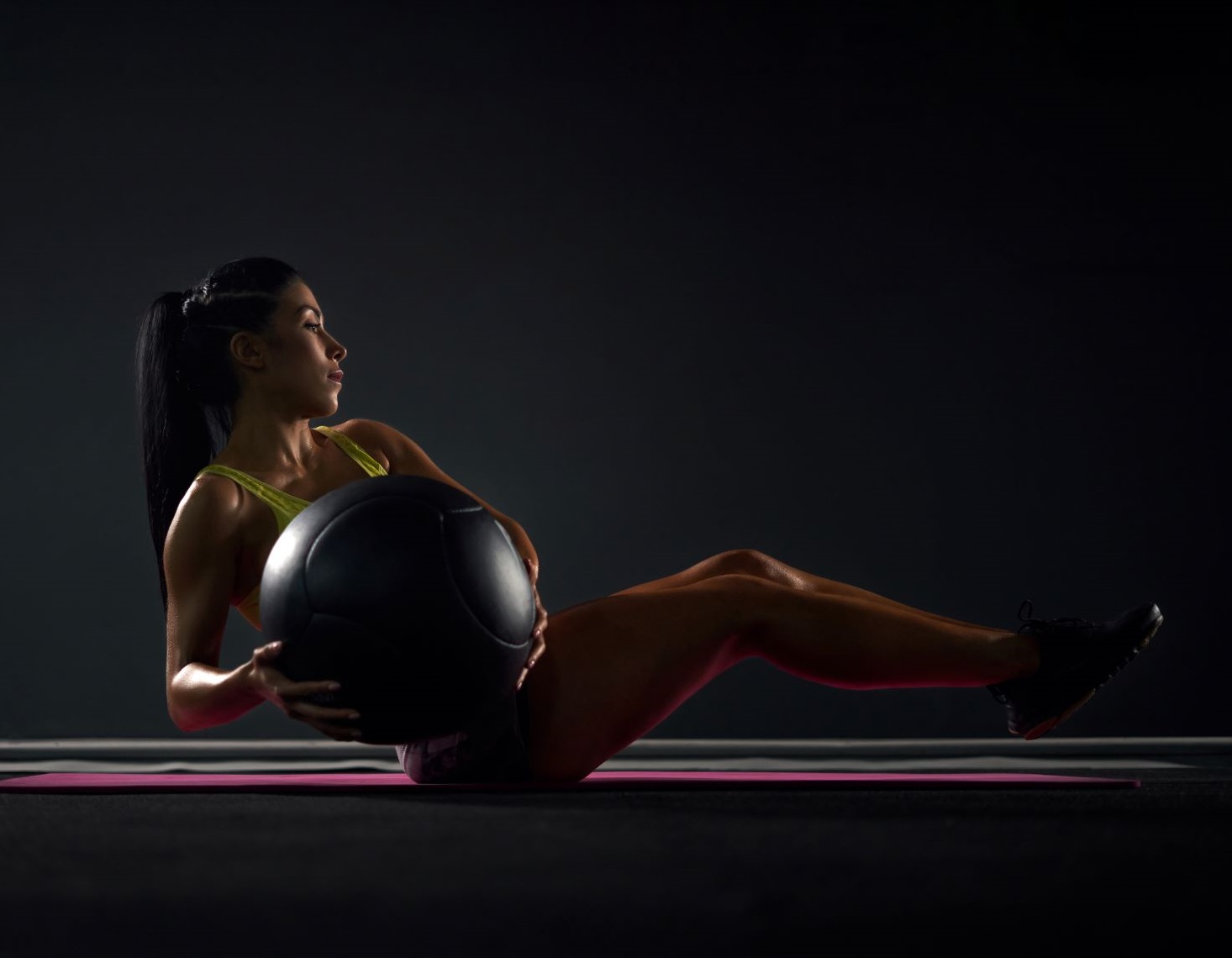 And those are just some of the routines that Muay Thai fighters go through on a regular basis. If those can be maintained over even a relatively short period of time, rest assured that the core body strength will be developed in no time. Besides, all those routines build the core, power, resistance, and muscle in general. The stress will seep through each cell of the body, and strength will soon replace it.

Muay Thai is, undeniably, one of the most fatal yet practical forms of body training. It may seem too intense and exhausting, but it’s healthy. This type of martial art specializes in kickboxing, which is proven to improve human health.

Moreover, core strength is one of the essential requirements for any aspiring athlete. Exercise and routines are all designed to enhance the core and build the muscles needed to fight. Aside from strength, stamina and balance will also be developed. Muay Thai truly tests everything that a human body can physically offer.

If the goal is the core, Muay Thai is the ultimate way.