How to Talk to Kids about Conflict, Dignity and Bullying | Tai Kai Jiu-Jitsu

How to Talk to Kids about Conflict, Dignity and Bullying 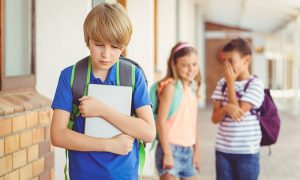 Today we are discussing how to talk to kids about treating each other with dignity and respect. What are the cultural messages that our kids receive? Are their differences between how boys deal with their relationships and girls cope with their relationships? How do kids bond and what do betrayals look like? How do we talk to other parents when our child has been an instigator of aggressive or bullying behavior and their child is the target AND how do we talk to the other parents when our child has been on the receiving end of aggressive or bullying behavior from their child. These are complicated questions and relationships.

From the blog of Dr. Robyn Silverman.