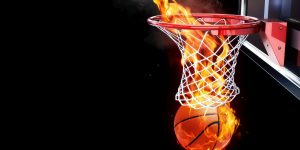 When coaching college basketball players and helping them to use mental performance techniques to improve their game performance, I’ve made some interesting observations. I watched a team shoot free throws for about an hour and when some of the players missed, they would give themselves negative reinforcement. It would be an under the breath expletive, a frown or facial distortion, looking down shaking their head NO, or something else negative. The next shot they usually missed as well. When some of the other players missed, they processed it in a completely different light. These players would deepen their gaze, focus their concentration, give themselves reassuring commands, separate themselves from the previous miss, and some would even smile. The profound thing was these players would HIT the next free throw nearly every time!

They focused on what they wanted to happen, rather than on what had happened. They didn’t BEAT themselves up, they reorganized their approach. Much of this was internal and although I couldn’t hear what they said to themselves, or see what they saw in their Mind’s Eye, I could see some external adjustments and they were always positive in nature.

Remember, there are only three things in your life you have control over:
1) The words and phrases you use and how you communicate internally with yourself.
2) The pictures and visualizations you see in your head. And…
3) How you respond or your actions!

What you say always matters. I asked one of the best shooters I’ve met in College Basketball what he thinks about when he misses a shot. His reply was ‘”Where’s the ball? Give me the ball. I missed this shot, I know I’ll make the next one.” Then when I asked him what he says to himself, when he makes a shot. He looked at me quizzically and said,“Give me the ball! I made that shot, I know I’ll make the Next!” Interesting that hit or miss, he said almost the same thing each time. Focusing on the solution, rather than the problem. No wonder he was exceptional! He had a Winning Mindset!

Your words have a huge impact on your emotional state. Sometimes we use words to communicate things to us, and they effect us in an exaggerated or amplified way. But, we can also reverse this by communicating with ourselves using words and internal dialog that relaxes or reframes our outlook.